A public charitable trust registered under the Indian Trusts Act 1882 (also registered under section 12AA & 80G of the Income Tax Act) and an organisation committed towards rural resurgence and promoting vedic & ancient science.

Satya Foundation, a charitable trust registered under Section 12AA and 80G of the Income Tax Act having its head office at 121, South Avenue, New Delhi and promoted, governed and patronized by the eminent personalities who have social credentials and long experience in their field of expertise, resolved to work for a better livelihood in rural India. 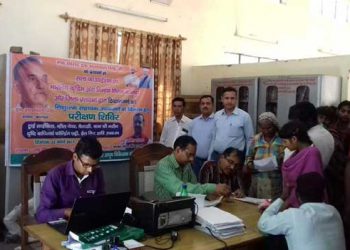 Organizing  such Free Camps In Various parts of Baghpat constituency is a part of Satya Foundation  Trust policy Of Creating General Health Awareness Throughout Baghpat. The Key Objective Behind found... 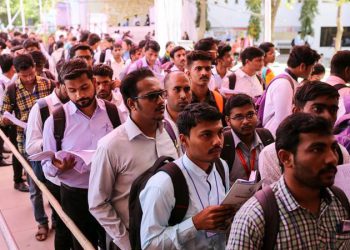 One of the primary ethos of the foundation is development of rural India. For this to happen, focusing on employment, education and empowerment of women is fundamental and the need of the hour, especi... 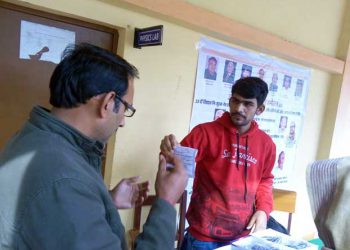 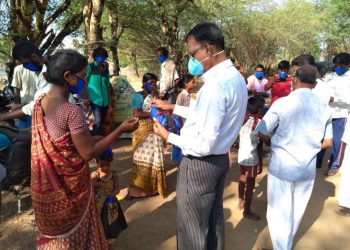 Coronavirus pandemic upended and changed how we perceive, live and function in a society. While the pandemic impacting everyone’s life, it was the villages with limited awareness and scarce resources ... 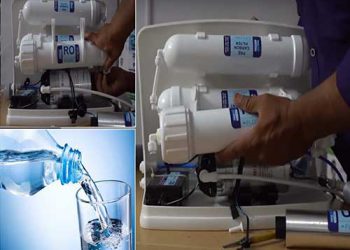 Access to clean water is necessary for a healthy and hearty life. In our endeavor to provide for clean drinking water and a plethora of healthcare facilities in rural areas, the foundation has install... 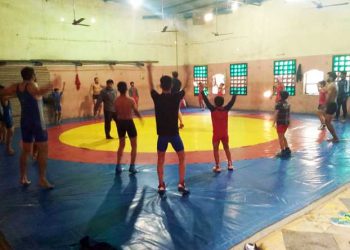 Baghpat Lok Sabha Constituency is adjacent to National Capital Region (NCR) with the population of 11,63,931. It has produced several sports persons as youth of Baghpat takes deep interest in sports a... 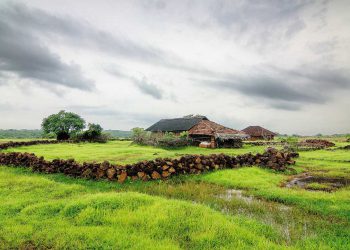 The aim of this programme is to bring about an improvement in the general quality of life in the rural areas, by promoting cleanliness, hygiene and eliminating open defecation in Rural India. Through this initiative, we are working on the issues of rural sanitization, hygiene, cleanliness etc.. We help spread awareness on importance of having toilets in each house along with providing financial support to low income household in constructing toilets in their houses. Conversion of agri bio-mass like cow dunk, & agri-waste into energy by installing biogas plants at individual & community level is one of this activity. 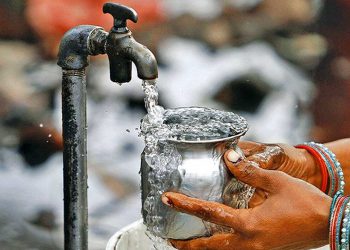 Harvesting water and its conservation is important to bring about improvements in production, productivity and for maintaining sustainability of agriculture along with providing safe drinking water. Satya Foundation organsies demonstrations on the latest development in the field of water conservation and harvesting and helps to spread awareness about the importance of the same among the people in rural areas. Cleaning, maintaining of water bodies in villages is the priority of this initiative. 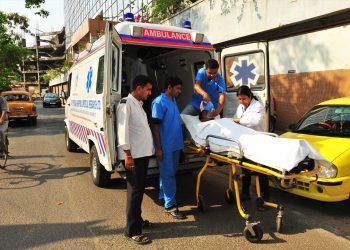 India spends only around 4.2% of its national GDP towards healthcare(compared to 18% by USA). There are wide gaps between the rural and urban populations in its healthcare infrastructure which further worsen the problem. A staggering 68.84% of the population still lives in the rural areas and has limited access to hospitals and clinics. We, provide mobile general health facilities on the go to rural people. Health camps are organised on frequent intervals to spread awareness and support the needy. 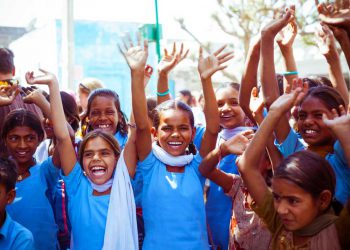 Despite so many government programmes against abortion of female foetus, girl child mortality rate are still high because of some wrong prejudices tradition among people in rural areas. Satya Foundation spreads dual awareness with focused programme about the gender sensitivity & importance of planting trees by organising camps in different villages. We organises events in schools, villages etc., where plantation will be done by the girls to make people aware.

An initiative of Satya Foundation under its name of “SAKHI BAGHPAT” is very popular among women. Under this programme we provide Free Sanitary Napkins to girls, healthcare supplements like iron, calcium, vitamin and general check-up at door step through its mobile van. The foundation also help these women for making SHGs for their self-reliant and entrepreneurship. 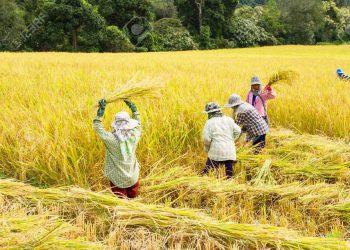 In this modern era, when each person is connected to the internet through affordable wireless connectivity, a farmer in rural India still does not get appropriate value for his/her crops. Through the online portal “E-Kisan Mandi”, all farmers will be aware of the prices of various crops in the different areas in the country which will help them in selling their yield at a better price of their choice. 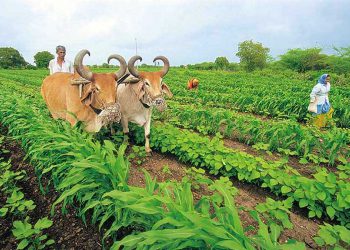 The animal health problems and facilities to cure it are worse in rural India as compared to human healthcare facilities. Going with the concept of mobile healthcare vehicles for people of villages, Satya Foundation operates a vehicle with general veterinary medical facilities for animals. Animal health camps are organised to spread awareness about animal welfare, animal husbandry, better medical facilities etc. in association of repute Govt. research centres like MORI, Institute of Animal Health research. 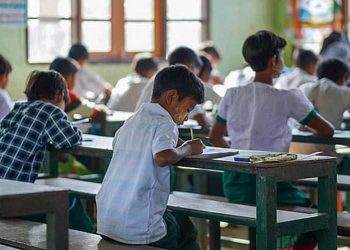 Satya Foundation aims that bright students from rural areas do not lose out on opportunities due to lack of information or economic wherewithal. Foundation will tie up with higher secondary education schools in rural areas to identify bright students from economically weaker sections of the society and help them in pursuing higher education or competitive examination irrespective of their caste, religion and gender etc.

Message from Our Chief Patron:

In a country like India where three fourth population resides in villages and agriculture is the foundation of economy, any concept of development of nation without rural development could be far away from the reality.

India lives in its villages, and while the cities have grown immensely over the last 20 years, rural areas have not seen that kind of development. For India’s economy to be strong, the rural economy needs to grow. Rural areas are still plagued by problems of malnourishment, illiteracy, unemployment and lack of basic infrastructure like schools, colleges, hospitals, sanitation, etc. This has led to youth moving out of villages to work in cities. This could be compared to the brain drain from India to US.

The goal of rural development is not easy to achieve due to geographical, social and economic disparities and differences. In this context, rural development should be taken up as a continuous dynamic process. Ever increasing population, poverty, illiteracy, diseases, unemployment, unequal distribution of land and all other resources, social injustice are some of the major impediments in the progress of rural India. 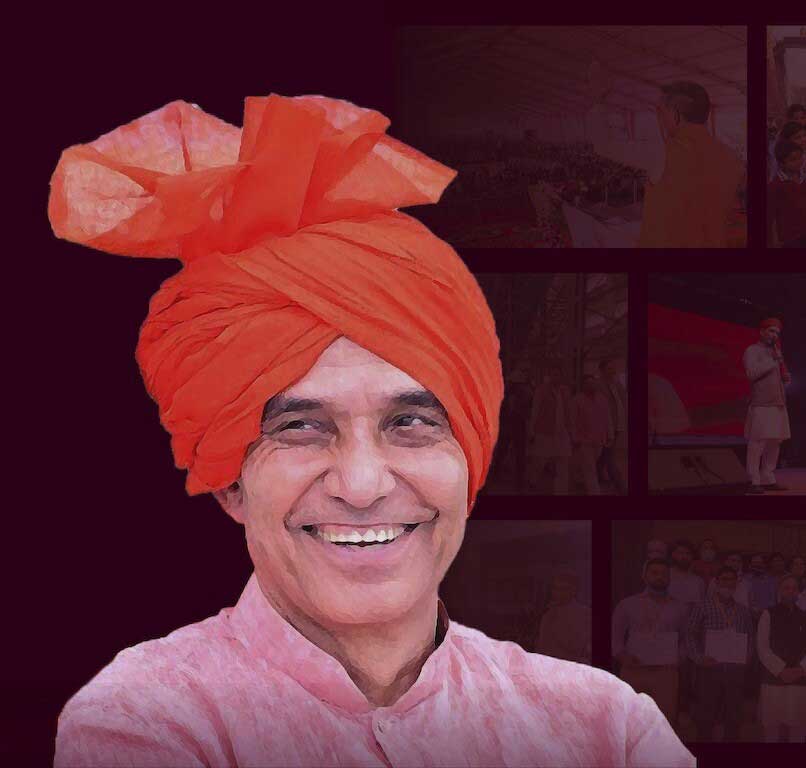 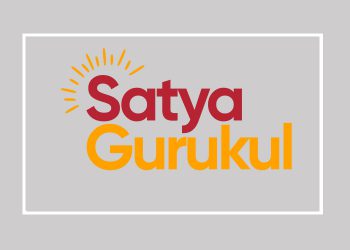 Education is the bedrock of humanity. Learning about our roots and culture is necessary for a holistic development and cultural understanding. In our endeavor to foster this belief and help in providi... 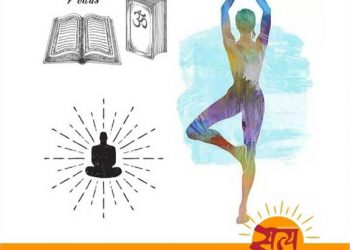 The pandemic, among many things, taught us the value of introspection. Pausing, reflecting and working on our inner self has been one of the biggest learnings of these unprecedented times. With India’... 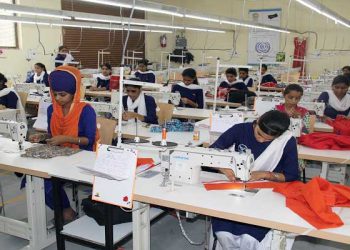 With an aim to boost the economy and provide skills to rural youths, the foundation has set up several skill development centers throughout Baghpat district. Tie-ups with reputed PSUs like BPCL and IR... 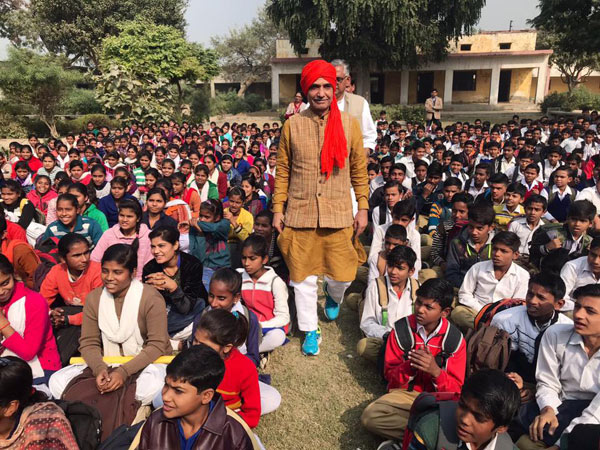 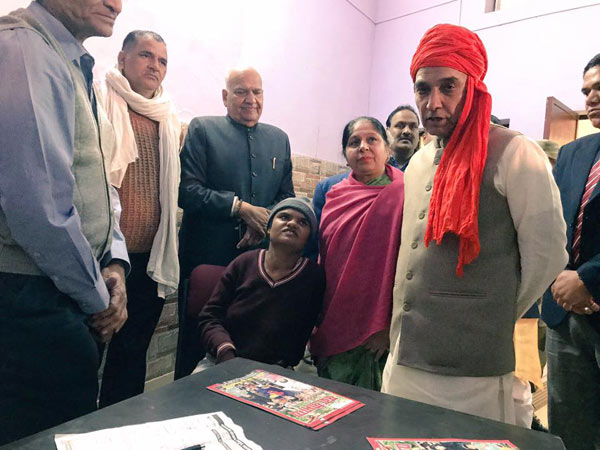 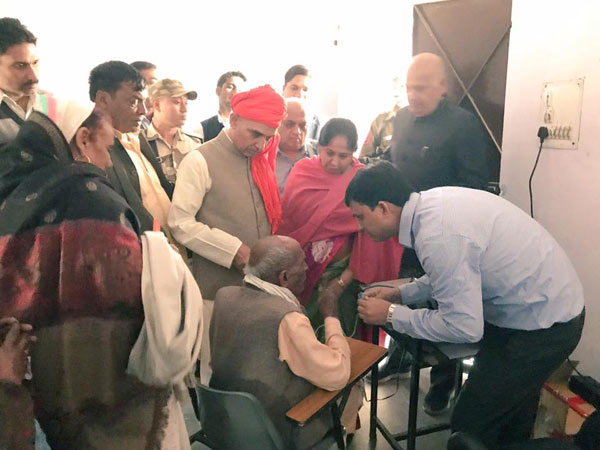 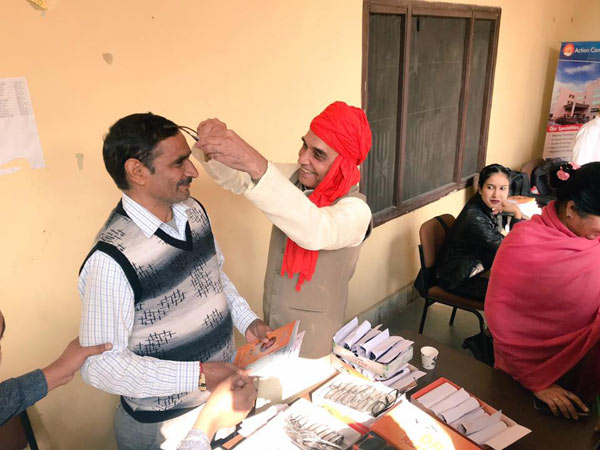 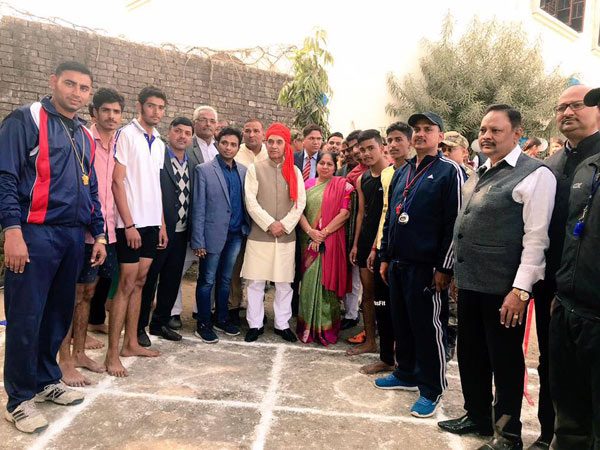 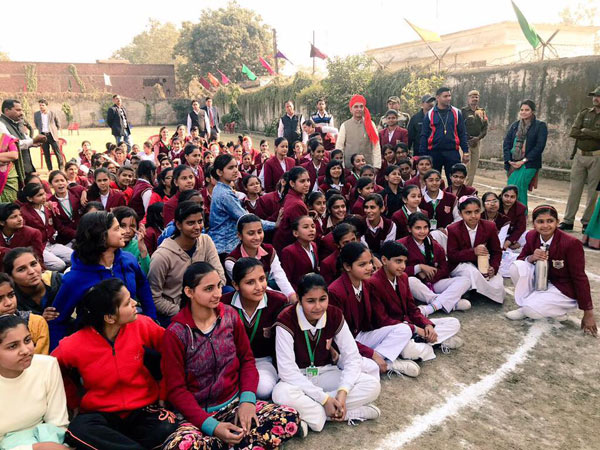 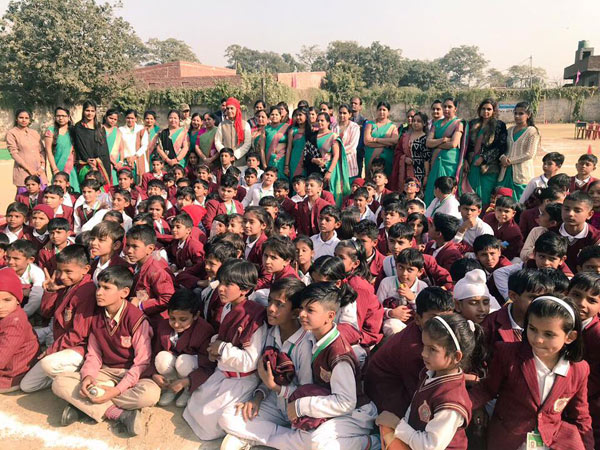 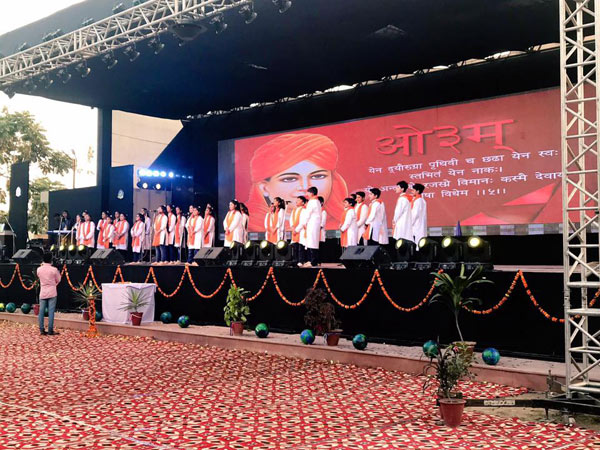 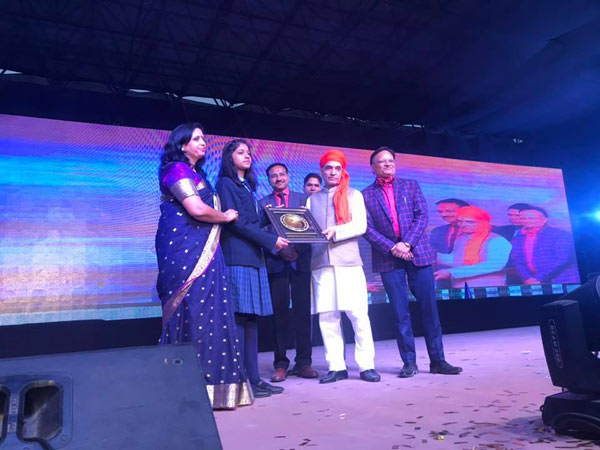 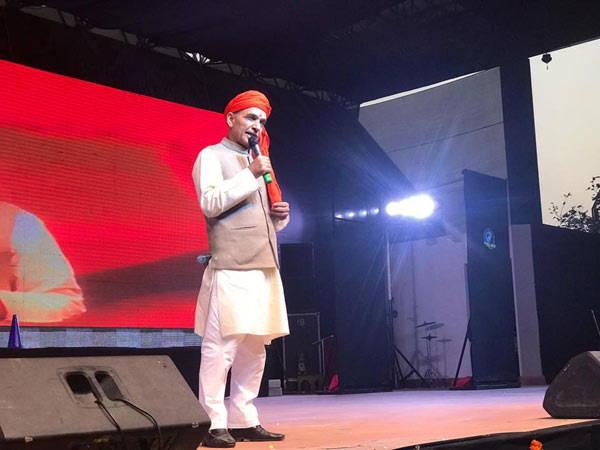 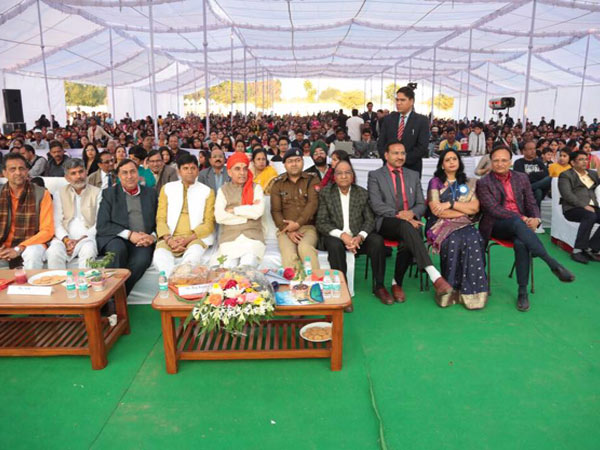 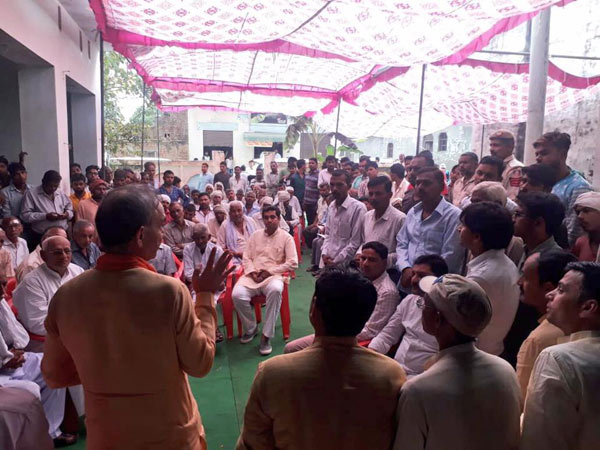